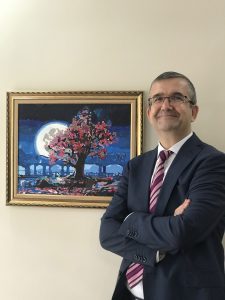 Yusuf ÇALIŞKANFounder
Professor Yusuf ÇALIŞKAN graduated from Ankara University School of Law in 1993. He completed his LL.M degree at Case Western Reserve University (1998) with honors and his Juris Scientiae Doctoris (JSD) degree at Washington University in St. Louis, School of Law (2002). The title of his JSD dissertation is “The Development of International Investment Law: Lessons From the OECD MAI Negotiations and Their Application to a Possible Multilateral Agreement on Investment”.

With his extensive international experience and outstanding knowledge, Professor Yusuf ÇALIŞKAN provides legal consultancy to Turkish government and other administrative institutions, and private sector in particular in international arbitration, foreign direct investment, international commercial law, all aspects of private international law, and commercial law area. He also serves as an arbitrator and mediator in domestic and international disputes.

He was nominated as the candidate for the World Trade Organization (WTO) Appellate Body Member by the Republic of Turkey in 2016. He is also a member of the International Centre for Settlement of Investment Disputes (ICSID) Panel of Conciliators and Arbitrators designated by Republic of Turkey, making him eligible to be elected for the ICSID arbitral tribunals to resolve ICSID arbitration cases. Moreover, he has been working as a legal consultant and expert on international trade and international investment arbitration.

We work as a single united team with market leading firms around the world and give our clients the highest quality advice possible.